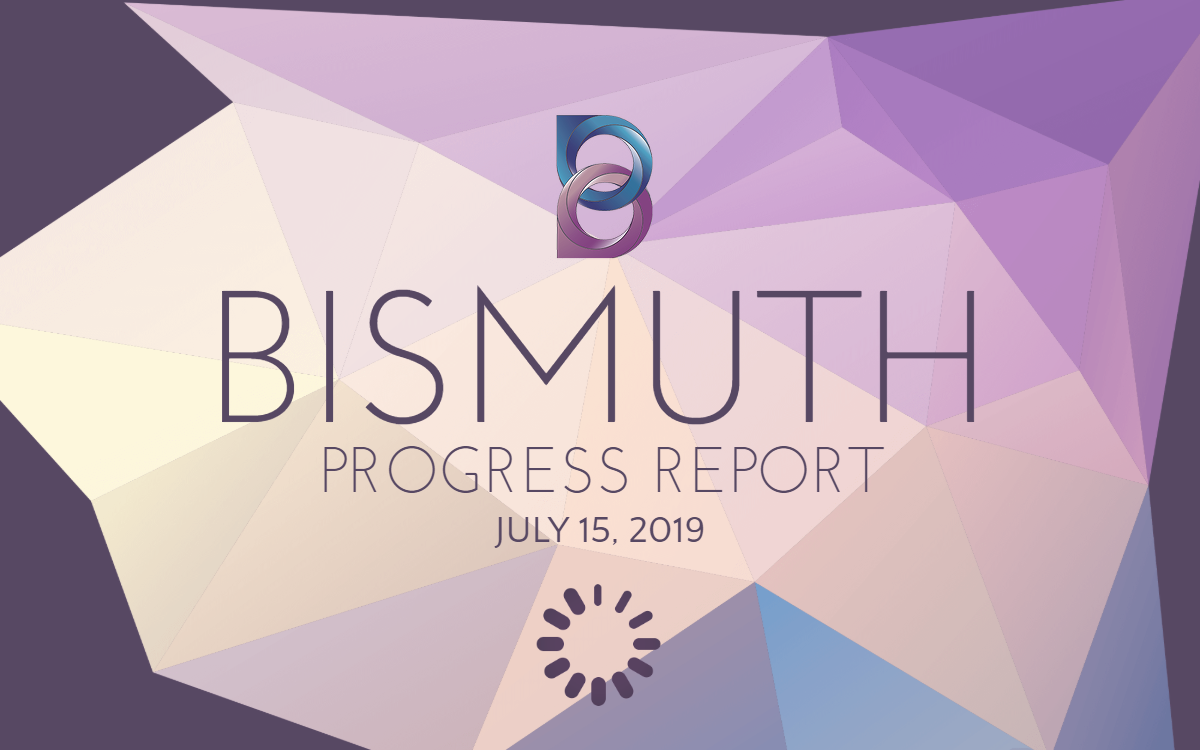 This month witnessed the introduction of our first mobile wallet- brought forward by Chainzilla, shared Hypernode hosting by MNSF, a listing on the Graviex exchange, and much, much more. There have been a ton of behind-the-scenes work which will be highlighted below- let’s delve into the rest of this month’s progress report.

Hypernodes witnessed a massive overhaul to stability and performance this month to resolve network issues. More information below.

The Bismuth Tornado Wallet witnessed the addition of new language translations as well as support for new address schemes this month. More information below.

This month witnessed the integration of the “rain” command to the Discord Pawer bot. This brought forth a ton of new, active users into the community, and lots of more active addresses on the network. This coupled with the mobile wallet release is an extremely positive dynamic for network utility and community expansion.

Version 1.0.0 of the new Bismuth Explorer was released.

This month saw Bismuth getting back on CMC, new listings, and a contest from Dragginator that sparkled gamers interest.
Bismuth also targets new markets by translating its core info to more languages.

Mostly tech support to help our partners integrate BIS.
We are proud to make ourselves available for all integration needs, be it just light support or more complex tools, improvements to existing applications and protocols.