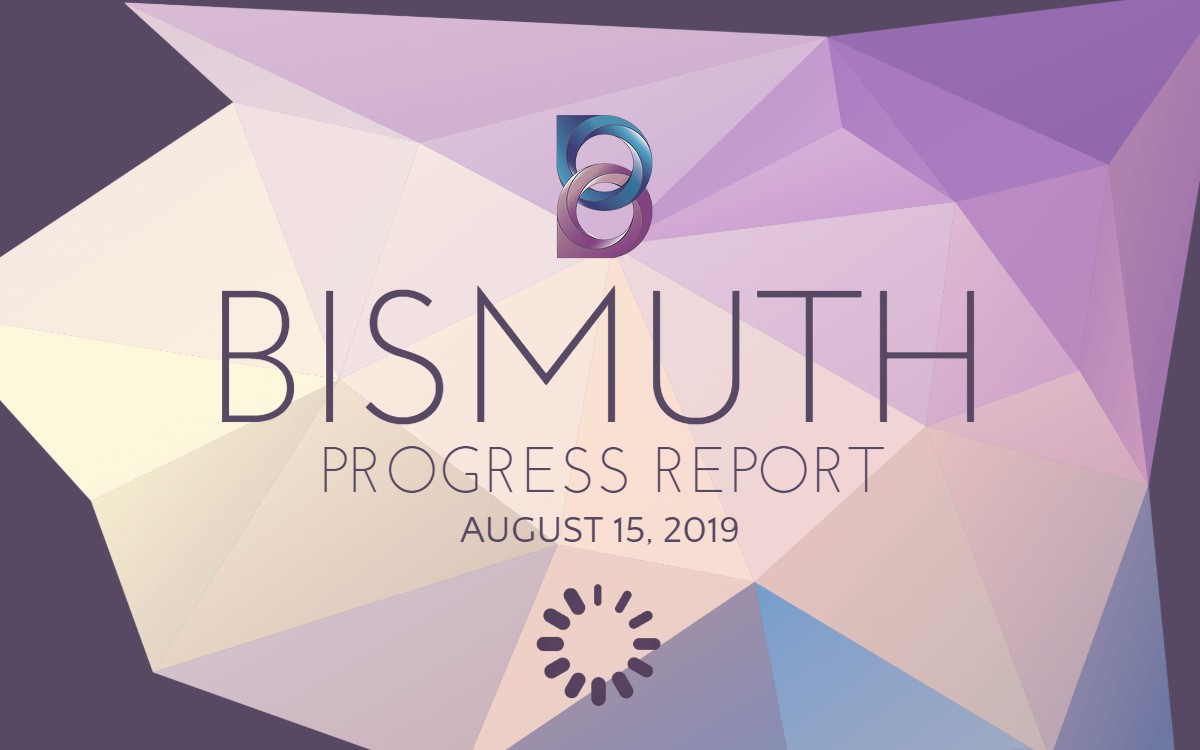 This month brought in numerous improvements for the core node and the rollout of Hypernodes branch 0.0.99 – a significantly improved and much more stable version. We also witnessed a couple of new exchange placements- on VGate and FinexBox. Let us delve into the rest of this month’s progress report to find out more.

Significant improvement in Hypernodes stability was achieved with the new 0.0.99 branch. More will follow now that bottlenecks have been identified.
Hypernodes are growing, are more stable, and still display a nice 24% annual $BIS interest rate.

This month much work has been done on the Json-RPC server and docker images. The goal is to improve Bismuth compatibility with BTC standards and ease up the job of third party developers, especially for exchanges integration.

This month brought in an interview and podcast featuring Bismuth, as well as reworks of the website, announcement thread, and whitepaper.

Mostly tech support to help our partners integrate BIS.
We are proud to make ourselves available for all integration needs, be it just light support or more complex tools, improvements to existing applications and protocols.