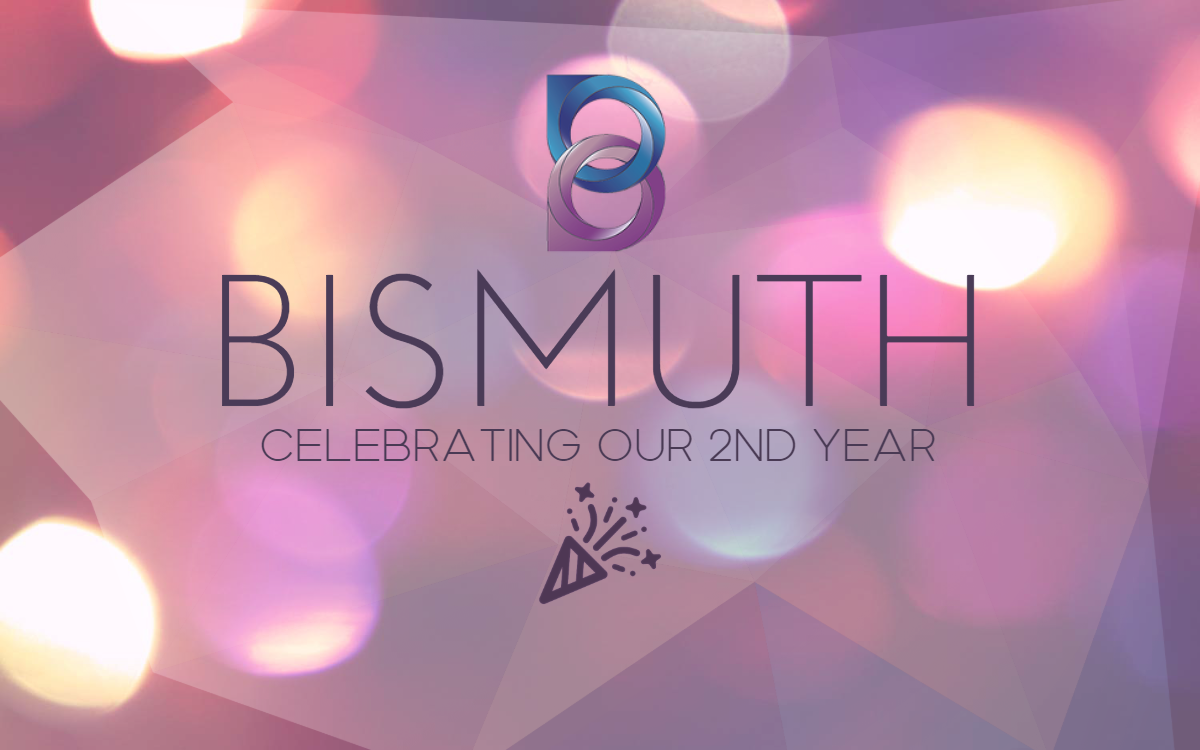 “Patience is bitter, but its fruit is sweet.”
– Aristotle

Earlier this month, we recognized the 2nd anniversary of Bismuth’s launch which occurred on May 1st, 2017. It was a humble project- with herculean ambitions. An independent, open-source, unfunded venture that sought to establish itself in a merciless industry in which the competition numbered in the thousands. Although there were many hallmarks that distinguished the project from the countless others, the team chose to walk the quiet route, allowing time to nurture, improve, and expand the platform during its infancy- a tedious task that was colossally complex in its undertaking. It has only proven the team’s unwavering commitment, which has stood the test of time and a catastrophic bear market.

Over the past two years, the Bismuth platform has witnessed a multitude of radical improvements and changes, ranging from code modernization to the implementation of completely new features and functionality. Something to keep in mind is that the entire project is original- every line of code is crafted by the Bismuth developers. This is something that cannot be said for the vast majority of existing projects in this industry. The technical prowess and creative ingenuity of the minds behind Bismuth helped bring to life the present-day Hypernode network- a Python-based upgrade to the masternode concept- which will soon do much more than monitor the network layers.

The team envisions a utilitarian future for Bismuth. A dynamic platform that enables the implementation of flexible dApp and virtual service solutions operating directly on the network layers. We stand by the principle that value is a derivative of utility, and that the Bismuth native currency will be the means for operating, accessing, and interacting with the platform’s digital infrastructure. This is a bold vision, and today, we will take the first steps to take it from working concept to reality. Over the next couple of weeks to months, we have scheduled multiple announcements, updates to the code, revisions to the developer documentation- and much more. There is a lot in store for Bismuth in the near future, and the team would like to thank the community for their staunch support and patience over the past two years. To the investors of the Bismuth native token, the team is very much aware of the unsavory price action lately. But as the old adage goes, “The night is darkest before the dawn”.

To Bismuth’s 2nd year and many more to come,
The Bismuth Foundation