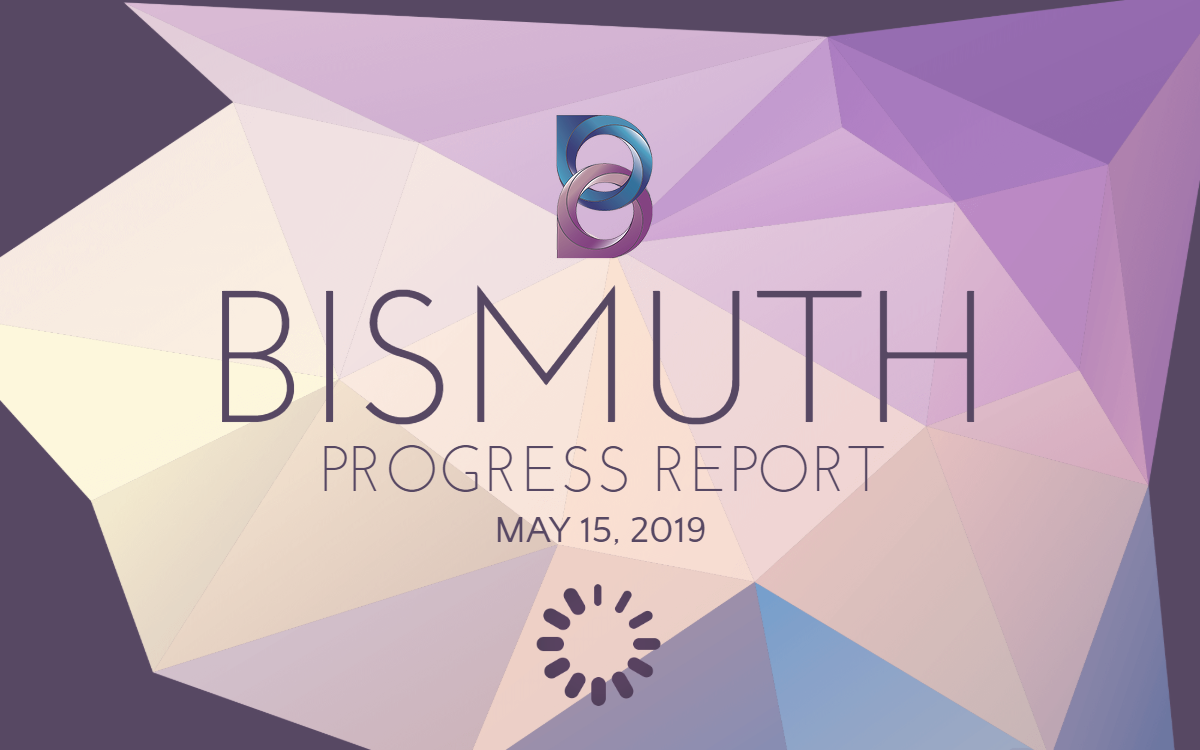 Over the past month, the Bismuth Foundation has been engaged in the planning, development, and release of numerous improvements and updates. Although the vast majority of activity goes under the radar, it all builds up to something that will be felt by every user of the Bismuth platform. This month has seen numerous updates to the core code, a milestone in marketing planning, as well as an introduction to Bismuth’s first use-case: the protection of intellectual property, secured directly on the Bismuth blockchain. Although more information on this will be announced very soon, let us delve into the rest of this month’s progress report.

This month has seen a change in the official Github repository for the Bismuth node client. The previous repository was under the founder Jan Kucera, and has now been shifted over to the official Bismuth Foundation repository. This permits a far more streamlined and fluid collaboration between members of the growing core development team. In addition, the age of the previous repository and its length of  historical files bottlenecked the git clone process for new installs. The new repository will allow for a fresh start on collaborative development for the Bismuth project- linked here. Below are the more technical core development updates that occured within the past month.

The Bismuth Foundation has undergone rigorous planning for marketing over the next weeks to months- which is a milestone considering that over the past two years, very minimal effort was put into this area. Although most of the marketing strategizing occurs internally to prevent jeopardizing plans, we would like to share the “tip of the iceberg” in regards to marketing work that will be set in motion soon.

This has been a big month for the Bismuth Tornado Wallet, in which numerous requested features were implemented as well as a couple of bugs were hammered out. The changelog below has the details. The dev branch is where you can see this version, official release and install packages will be announced as soon as they are ready.