Starting from version 0.1.25 Bismuth’s Tornado Wallet has several new impressive features: Import of ECDSA wallets is supported and the creation of both ECDSA and ED25519 addresses will soon be supported (work in progress), see the screenshot below: 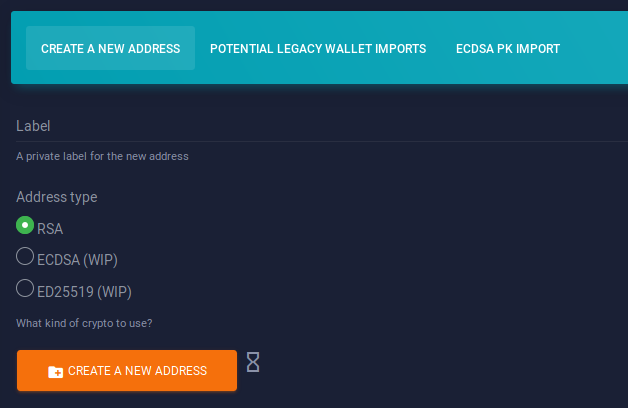 A new Crystal (plug-in) called “bismuthvote” has been developed by EggdraSyl, see the screenshot below: 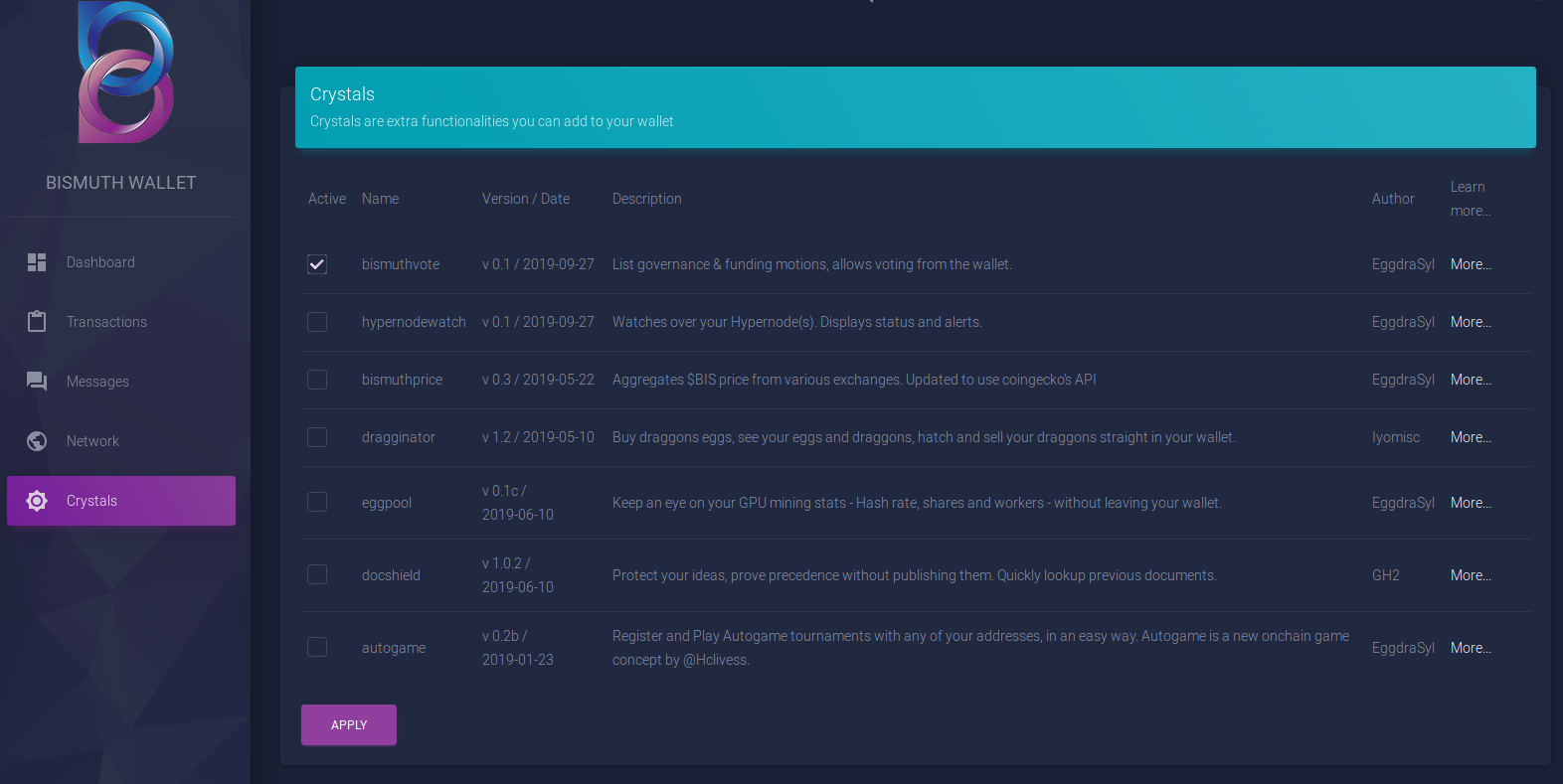 At the time of writing there are two motions listed, BGV-0 (test motion) and BGV-1 (Reduce supply emission?). BGV stands for Bismuth Governance Vote. In the screenshot below it says: “Your master voting key is not defined”. Click on the Key symbol and generate your own, private voting key.

Once your voting key has been generated, if you click on BGV-1 the screen below will appear. On the left are specific details about this motion, and on the right the current statistics are listed, such as “Total Voters” and “Total Votes Amount”. At the middle of the screen your transactions for this motion are listed, if you have already cast votes for this particular motion in the past. 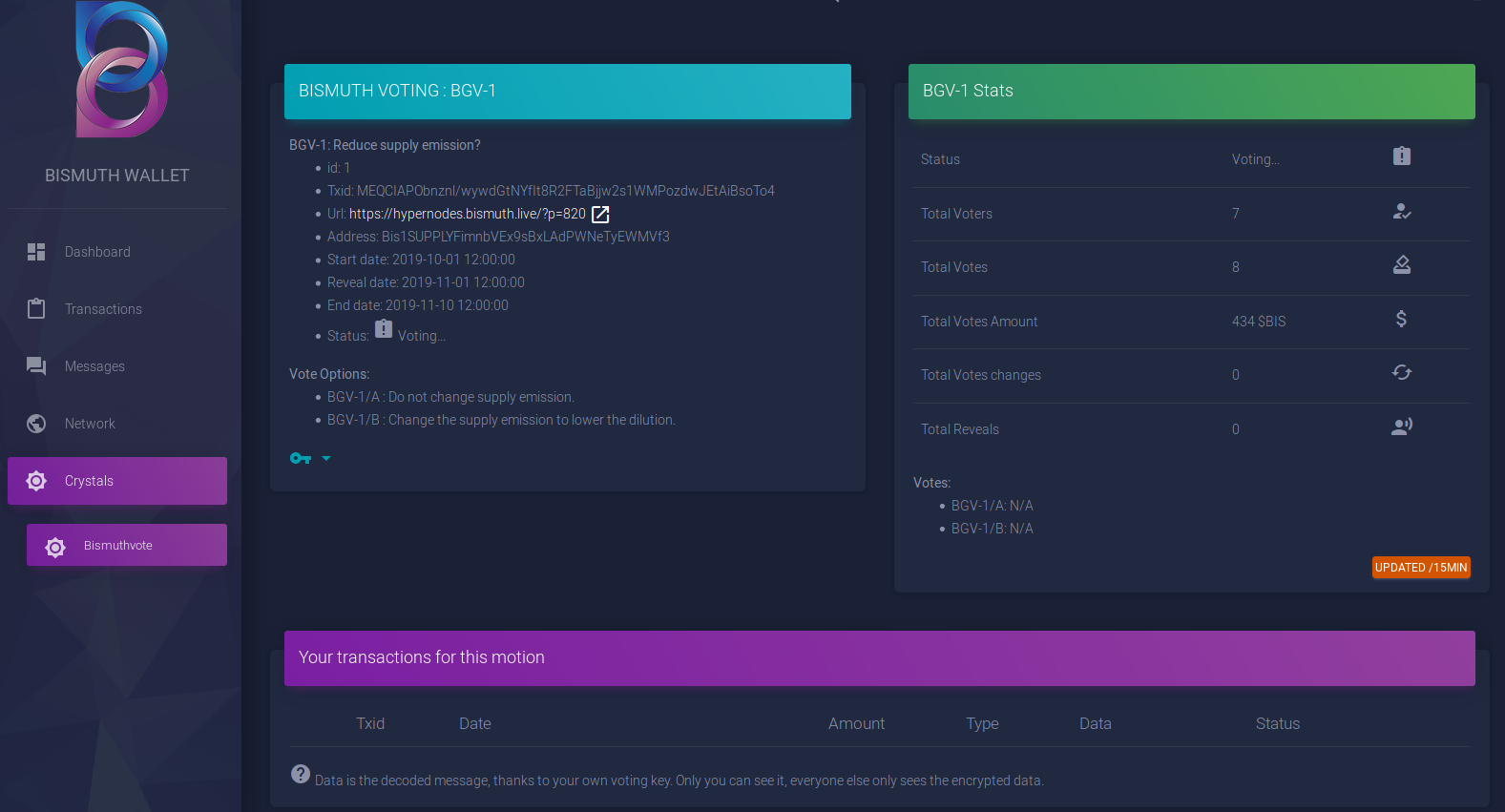 At the bottom of the screen you can generate a new vote. Select the amount you want to vote, then click on either BGV-1/A (keep current supply curve) or BGV-1/B (reduce emission).

Finally, you are asked to confirm the transaction containing your vote and send it to a wallet server. 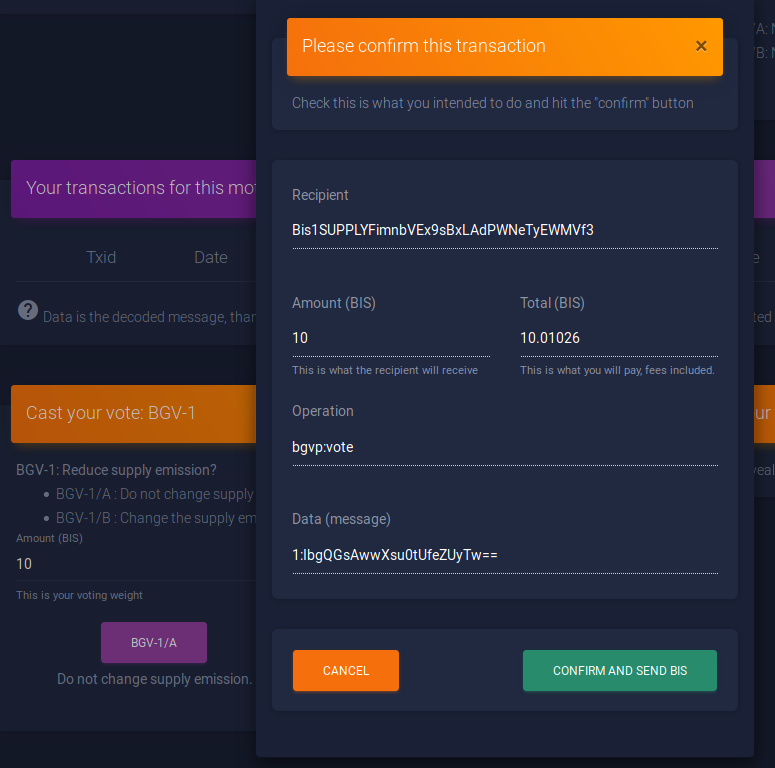 When the voting period is over, you must reveal your vote in order to make it count towards the final decision. New buttons to enable voters to reveal will appear next to the “Cast Your Vote” buttons after the specified “Reveal Date”.