This blog article explains the BGV-01 motion and the options you can vote for.

(draft timeline has been updated with final values)

Changing the supply emission of Bismuth is not something to be taken lightly. There are many arguments in favor of both options. Hence, the members of the Bismuth Foundation have decided to make this decision the first community vote to be carried out. There will be two options to vote for:

A) Keep the status quo, ie. keep the emissions curve as it is currently programmed, or:

B) Modify the block rewards to significantly reduce the overall dilution.

Do not change the supply, keep emission like it currently is, see the supply post.
With Option A the annual dilution per year measured in $BIS starting from block height 1,450,000 (2.5 years into the project) would be:

Radically change the supply emission from block 1,450,000 to lower the dilution and part of the market sell pressure.

With Option B the annual inflation per year starting from block height 1,450,000 would be: 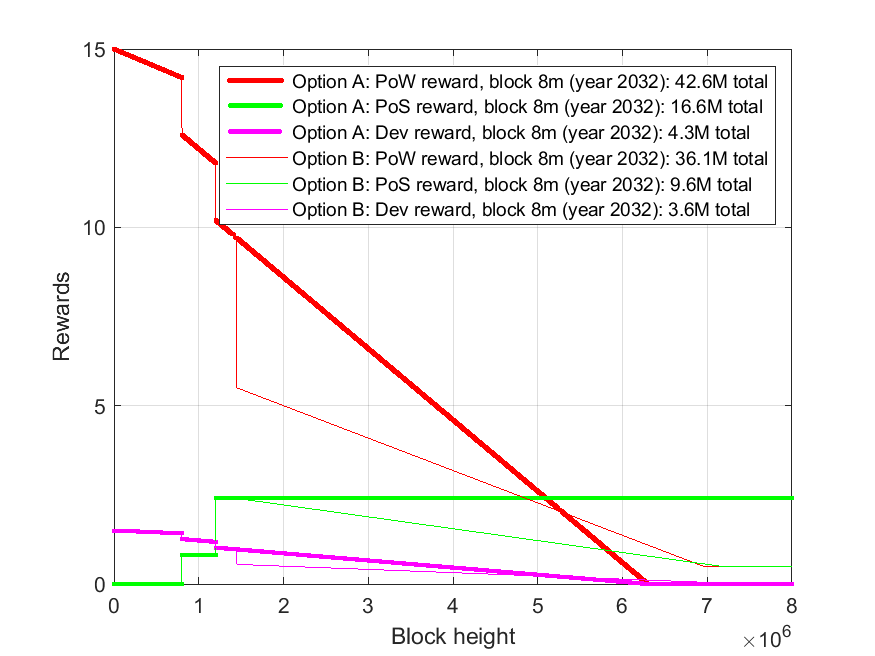 Use of the winning funds

As described in the Bismuth voting protocol, the BIS of the losing side are sent back to their originating wallets, while funds of the winning side are kept in a fund to finance the option.
For this motion the winning funds – whatever the issue will be – are to be used as exchange listing and dapps bounties funds.

Arguments for option A:

Arguments for option B:

Many more arguments and discussions can be found on the discord, #trade channel.