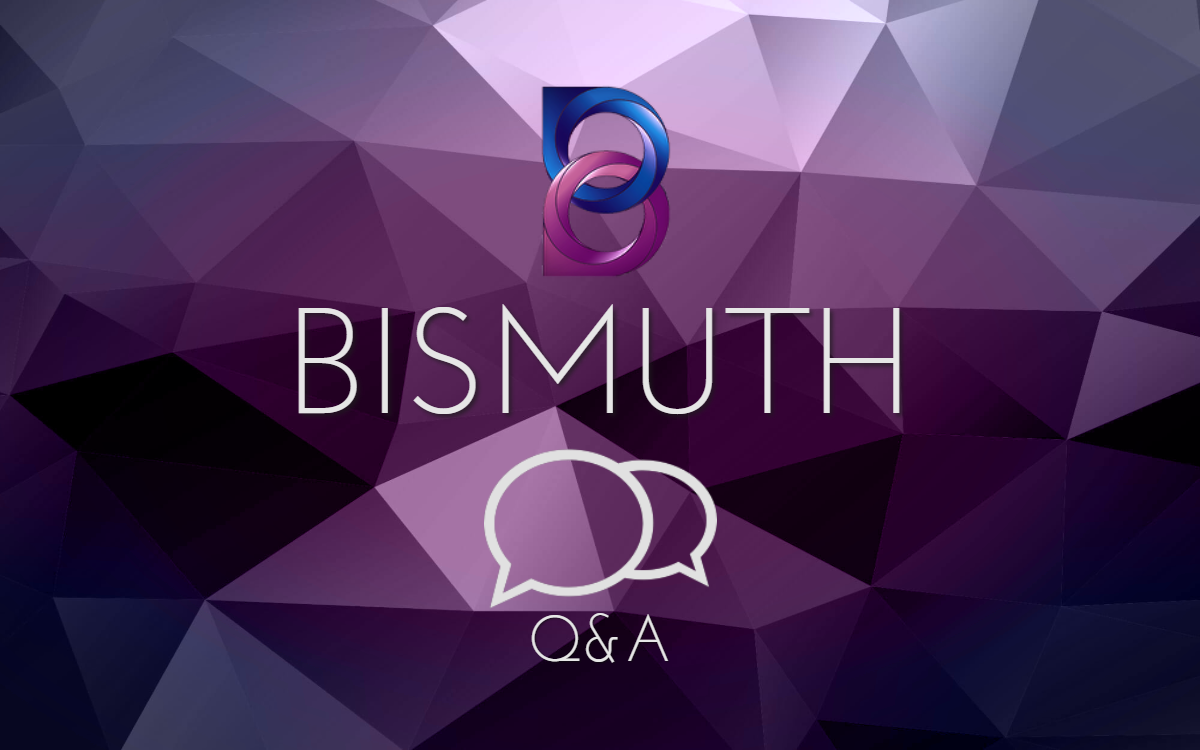 In the middle of May, we announced the v4.3.0.0 Strategic Hard Fork scheduled for block height 1,200,000. The fork will primarily bring forth changes to Bismuth’s emission schedule- shifting a percentage of PoW emission to HN rewards. If you missed it, you can find it here. Over the following week, community members were able to submit questions for a Q&A pertaining to the hard fork- available below. Questions and answers have been divided into three categories- submissions from regular users, Hypernode owners, and miners.

Q: Can you explain why there will be a hard fork?

A: A hard fork was scheduled to balance the emission rules in favor of Hypernode owners. This is to incentivize holding of the native BIS token, and expand/strengthen the HN network for future utilitarian purposes. This move is part of the road map and long term view of Bismuth. We already said that as the Hypernode provided services grow, so will the rewards. That time has come, and announces a significant shift in Bismuth usage and Hypernodes added value to the whole Bismuth ecosystem, a better incentive to hold BIS, and a new dynamic.

Q: Do I have to DO anything? New wallet? No swapping BS or anything right?

A: Regular wallet owners can optionally upgrade, however it is not necessary. It will continue to work. Mandatory upgrade is for node and HN owners. There is no swap.

Q: Is it still ok to use the old wallet or should I upgrade to tornado?

A: The “old” (Legacy) wallet still is compatible and can be used. You don’t have to worry about the wallet only. Yours will continue to work.
As a user, the only thing you’ll ever need to really take care of is your wallet.der/json backup

Q: Can you summarize what current daily emission is and what will be after hardfork?

A: A small part of PoW (mining) reward was shifted to PoS (Hypernodes). So current total daily emission did not change.
Since the PoW rewards have been shifted down, PoW rewards will hit zero in 2029, instead of 2031 before the fork. So the overall dilution caused by PoW+PoS emission will be slightly less than before the fork.

Q: What will be the new total BIS supply?

A: Since Hypernode rewards are constant and do not decrease, total supply was – and will stay – at ~51M coins with 1-2% per annum tail emission. The related dilution is less and less with time, since it’s a fixed amount vs the current growing amount.

Q: Since total dilution finally doesn’t change much, how will this help BIS price?

A: Our goal is not to artificially pump BIS price but instead reward the service the various users provide to the overall ecosystem. Miners, Hypernode Owners, Investors: all play a significant role and a balance has to be found between the rewards and operational costs. The main issue with the pre-fork emission schedule was that holders who locked theirs funds up in a Hypernode got less rewards than the dilution. New repartition raises the total HN rewards by 200% (x3) so that completely changes the perspective. If more Hypernodes were to be installed, then individual HN rewards would be lower, but that would also mean a massive demand for BIS collateral, hence higher buy pressure and the market price will mechanically follow.
So in the end, the move does benefit everyone involved in the Bismuth ecosystem.

Q: What is the new emission curve? 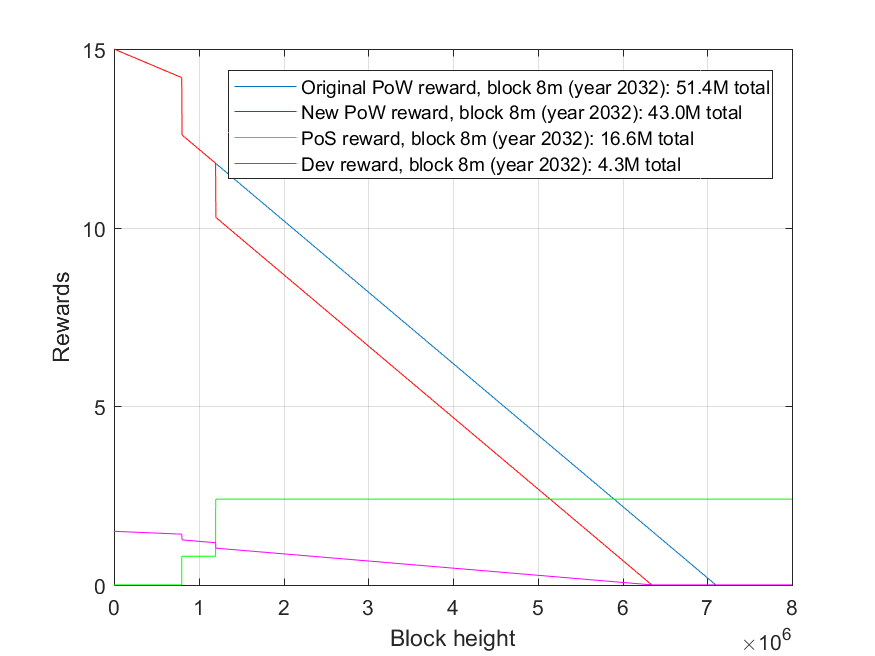 Q: Can you see a scenario where chain splits in two?

A: Every hard fork technically involves a chain split, however the legacy chain dies off due to lack of support. The miner and economic majority stand with the v4.3.0.0 hard fork proposal, so there needn’t be any worry about a competing legacy chain.

Q: Have you informed exchanges to avoid any trading halt like it used to happen in past

A: All partners, exchanges, service operators, pools, have been informed of course. All latest forks went smoothly and did not cause any trading halt.

Q: After hard fork, how can I re-operate my hypernode? Will I need to do anything with my HN?

A: Every Hypernode relies on a local Node to operate. Hypernodes do not need to be updated, but the local BIS node needs to.
So, it’s mandatory you upgrade your node to latest release BEFORE the fork.
https://github.com/bismuthfoundation/Bismuth/releases

Q: Will there be a HN update tutorial before the hardfork?

A: Yes. That should come with an easy to use update script that should take care of the common situations, that is, default installs.
To run the update script, just type or copy+paste the following lines on your hypernode terminal window:

Feedback about this update script can be left in the #hypernodes channel on the Discord server, https://discord.gg/4tB3pYJ. For more information, see https://github.com/bismuthfoundation/Bismuth-FAQ/blob/master/Hypernodes/Node_update.md

Q: What will be the new annual yield for running a bis hypernode after the fork?

A: Total HN rewards will be 3 times what they were (+200%). If the HN number stays the same, your individual reward will then triple also.
It’s impossible to predict how the number of Hypernodes will evolve. One thing is sure: if the number dramatically rises, so will the BIS demand, hence the price will rise also, meaning higher ROI for you.

Q: Very bad idea. You cut miner reward, but it does not solve the problem with inflation and low BIS price. How the fork will enhance BIS price?

A: In reality, it is the best approach. A 13.5% reduction in miner reward shifted over to Hypernodes increases payouts by 200%. This allows Bismuth to become one of the most favorable investment vehicles in the entire industry, with over 30%/annum returns for running a Hypernode. This incentivizes the long-term holding of large amounts of BIS, which in turn creates a liquidity gap on the market when most coins are locked away. Coincidentally, as basic economics has shown, liquidity gaps and general shortages in supply tend to yield upward swings in value. Everyone benefits- miners included.

Q: It would be better if idea can be announced, before directly announcing after make code changes. Does not sound democratic

A: The inflation question was a delicate topic, and was largely discussed for many months publicly and privately. The Bismuth community had unanimously voiced concerns over Bismuth’s unfavorable inflation schedule and induced dynamic, and so the developers acted to rectify the issue. The market reaction since the announcement has been largely favorable, confirming this was the right thing to do.
Miners who “lost” 13.5% of rewards already gained more because of the price surge since the announcement.