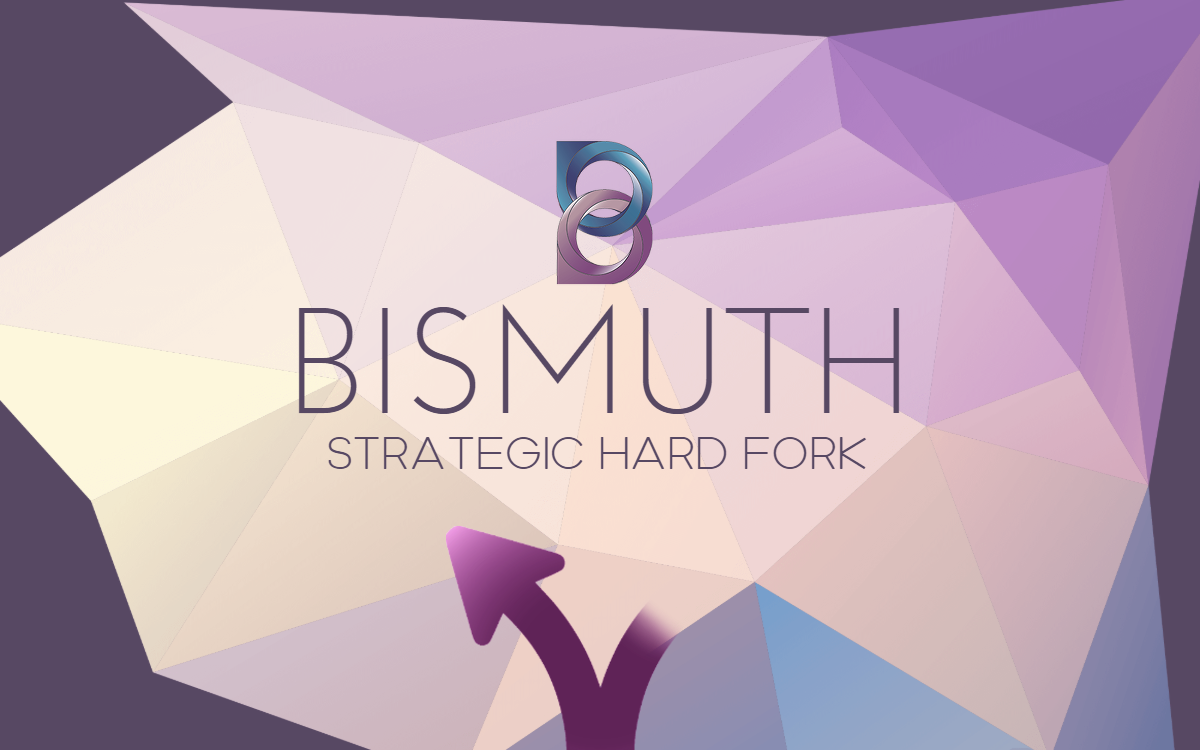 Over the past couple of months, Bismuth has undergone major shifts- technologically, socially, and economically. We witnessed a massive upgrade and restructuring of the core code that spanned over 200 commits, that was finalized in version 4.2.9.2 in late March of this year. Fast forward to the start of May, and we made our first announcement for Hyperlanes- an infinitely scaling form of direct data exchange between nodes which enables the inter-connectivity of the future- coined “Internet Within Blockchain”. We have made strides in expanding our team to include new members that are actively assisting in areas where we were weakest. Although most of this goes under the radar, the effects of it all should be felt over the coming weeks and months.

Economically and socially, the overall bear market has caused much turmoil within the entirety of the cryptocurrency community. The Bismuth project wasn’t spared and unfortunately received the brunt of the market downturn as we have witnessed a precipitous drop from the peak in early 2018. Although the Bismuth foundation cannot exert control over the free market, there are factors and variables that can be adjusted by the development team when consensus within the community is reached. One of such factors is the inflation question, which has been widely debated within our social channels and internally.

Inflation is a delicate topic, as it is both one of the prime drivers in market forces, as well as the incentive that helps propagate the blockchain and network forward. It is an issue that must be approached with care, as radical changes can result in degrading the robust security Bismuth has built-up over the past couple of years. However, inflation itself can drastically sabotage the market if left unchecked. This has left the Bismuth foundation to develop a strategic hard fork that takes all factors into mind while moving forward.

On block 1,200,000 (early June), a strategic hard fork has been scheduled that introduces new emission rules for mining and the Hypernode network. The hard fork will introduce a strategic miner reward reduction that shifts the inflation curve more than 18 months forward. This reduction will set the miner block reward to be 1.6 BIS less than the current emission rate, which equates to an immediate 13.5% reduction in miner emission.

On the contrary, the hard fork will bring forth a substantial increase to Hypernode reward payouts. A flat 200% increase in emission will be introduced, bringing up the current per-block reward of 0.8 BIS to 2.4 BIS. The current ROI for running a Hypernode is 11.7% per annum, which was unsatisfactory when compared to the net inflation. With the introduction of the reward hike, this figure gets bumped up to 35.1% per annum, and makes Bismuth a viable investment vehicle for prospective individuals that wish to run Hypernodes.

As the number of active Hypernodes increase, the network will reciprocally become more competitive and the expected profitability will decrease. However, to reach the old ROI rate of 11.7% per annum, the Hypernode network capacity would have to increase by 7,200,000 BIS, not counting the existing figure (3,250,000 BIS at time of writing) locked in Hypernodes. In total, over 58% of the current circulating supply would have to get locked in order to return to the old rate of 11.7%.

As the Hypernode network expands, it becomes a more and more viable parallel network for utilitarian purposes. Bismuth is the leading platform for Python development in the blockchain industry, and Python itself is the world’s most popular and fastest growing programming language. With those factors coupled together, the Bismuth project retains some of the largest growth potential in the entire industry, and can tap into the intellectual capital of millions of Python developers. The possibilities are endless, as we move forward to build the virtual infrastructure that will provide the utility of the digital world.

You can give feedback and ask your questions about this fork via the following form: https://framaforms.org/bismuth-fork-questions-1558081292
This will be used as basis for an upcoming Q&A post.